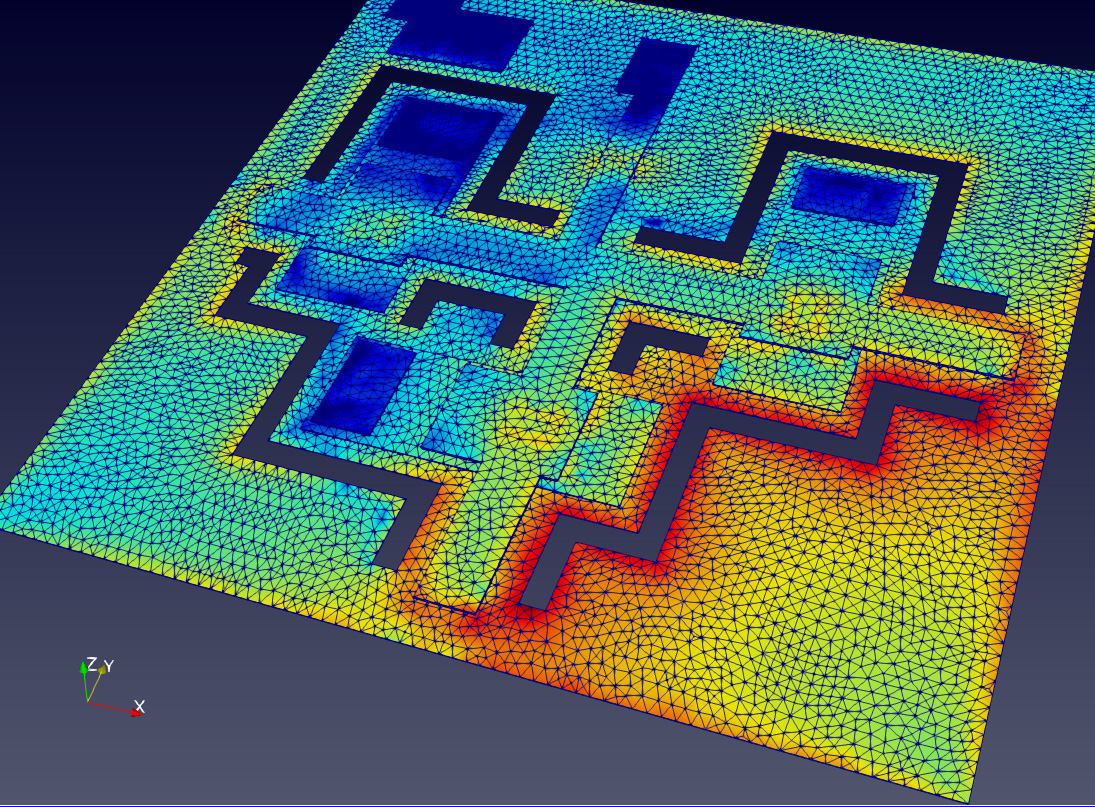 An update for InductEx has been released on 20 May 2018. The latest version is 5.05. Download at www.inductex.info.

Version 5.05 adds the calculation of coupling from holes to all inductors in a circuit when the tetrahedral solver “TetraHenry” is used with a Super license. Fluxon paths can be defined to enter/exit through any combination holes, or even through superconducting structures to model flux pinning.

External magnetic field analysis has been extended to work with both the FFH and TetraHenry engines.

Capacitance extraction has been added to InductEx through the TetraHenry engine, and the capacitance between structures on integrated circuit layouts can now be calculated.

Current density for every excited port is now written to a single VTK file when the “-j” switch is used, for both the FFH and TetraHenry engines. The “idensity” module is thus superfluous and has been removed. We have also added a module “inp2vtk” that writes the cuboid models used with FFH to VTK format, thus allowing users a friendly alternative to the DXF formats produced with “inp2dxf”.

We have also improved the user experience of InductEx. The license key file is now not restricted to a defined directory only, but can be placed anywhere and pointed to with a new “-L” switch. A number of bugs were fixed, especially related to polygon processing and memory use.

Other noteworthy changes are: