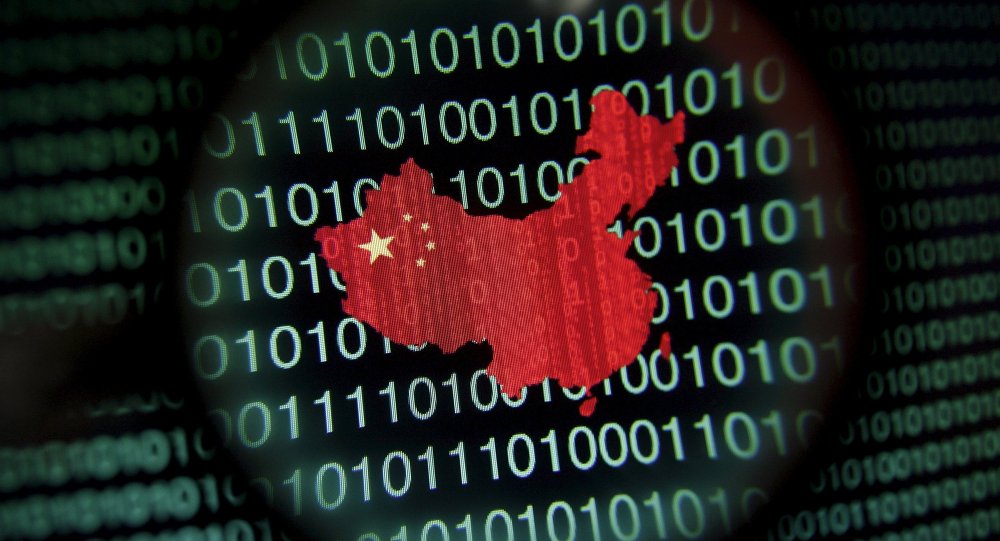 China is building a 1 billion yuan (US$145.4 million) “superconducting computer” – an unprecedented machine capable of developing new weapons, breaking codes, analyzing intelligence and – according to official information and researchers involved in the project – helping stave off surging energy demand.

Computers are power-hungry, and increasingly so. According to an estimate by the Semiconductor Industry Association, they will need more electricity than the world can generate by 2040, unless the way they are designed is dramatically improved.

The superconducting computer is one of the most radical advances proposed by scientists to reduce the environmental footprint of machine calculation.

The concept rests on sending electric currents through supercooled circuits made of superconducting materials. The system results in almost zero resistance – in theory at least – and would require just a fraction of the energy of traditional computers, from one-fortieth to one-thousandth, according to some estimates.

INTO THE SUPER LEAGUE

Chinese scientists have already made a number of breakthroughs in applying superconducting technology to computers. They have developed new integrated circuits with superconducting material in labs and tested an industrial process that would enable the production of relatively low cost, sophisticated superconducting chips at mass scale. They have also nearly finished designing the architecture for the computer’s systems.

Now the aim is to have a prototype of the machine up and running as early as 2022, according to a programme quietly launched by the Chinese Academy of Sciences (CAS) in November last year with a budget estimated to be as much as one billion yuan.

If these efforts are successful, the Chinese military would be able to accelerate research and development for new thermonuclear weapons, stealth jets and next-generation submarines with central processing units running at the frequency of 770 gigahertz or higher. By contrast, the existing fastest commercial processor runs at just 5Ghz.

The advance would give Chinese companies an upper hand in the global competition to make energy-saving data centres essential to processing the big data needed for artificial intelligence applications, according to Chinese researchers in supercomputer technology.

CAS president Bai Chunli said the technology could help China challenge the US’ dominance of computers and chips.

“The integrated circuit industry is the core of the information technology industry … that supports economic and social development and safeguards national security,” Bai said in May during a visit to the Shanghai Institute of Microsystem and Information Technology, a major facility for developing superconducting computers.

“Superconducting digital circuits and superconducting computers … will help China cut corners and overtake [other countries] in integrated circuit technology,” he was quoted as saying on the institute’s website.

But the project is high-risk. Critics have questioned whether it is wise to put so much money and resources into a theoretical computer design that is yet to be realised, given that similar attempts by other countries have ended in failure.

The phenomenon of superconductivity was discovered by physicists more than a century ago. After the second world war, the United States, the former Soviet Union, Japan and some European countries tried to build large-scale, cryogenically cooled circuits with low electric resistance. In the US, the effort attracted the support of the government’s spy agency, the National Security Agency (NSA) and defence department because of the technology’s potential military and intelligence applications.

But the physical properties of superconducting materials, such as niobium, was less well understood than silicon, which is used in traditional computers.

As a result, chip fabrication proved challenging, and precise control of the information system at low temperatures, sometimes close to absolute zero, or minus 273 degrees Celsius, were a headache. Though some prototypes were made, none could be scaled up.

Meanwhile, silicon-based computers advanced rapidly with increasing speed and efficiency, raising the bar for research and development for a superconducting computer.

But those big gains using silicon seem to have ended, with the high-end Intel Core i7 chips, for instance, have been on computer store shelves for nearly a decade.

And as supercomputers grow bigger, so too does their energy consumption. Today’s fastest computers, the Summit in the US and China’s Sunway TaihuLight, require 30 megawatts of power to run at full capacity, more power than a Los Angeles-class nuclear submarine can generate. And their successors, the exascale supercomputers, which are capable of 1,000 petaflops, or performing 1 million trillion floating-point operations per second, is likely to need a stand-alone power station.

Li Xiaowei, executive deputy director of the State Key Laboratory of Computer Architecture, who is well acquainted with the Chinese programme, said the main motivation to build a superconducting computer was to cut the energy demands of future high-performance computers.

“It will be a general-purpose computer capable to run different kinds of algorithms … from text processing to finding big prime numbers”, the latter an important method to decode encrypted messages, according to Li.

Li would not give technical details of the machine under construction but he confirmed it would not be a quantum computer.

“It is built and run on a classical structure,” he told the South China Morning Post.

Instead of encoding information in bits with a value of one or zero, quantum computers use qubits, which act more like switches and can be a one and a zero at the same time. Most types of quantum computers also require extremely cold environments to operate.

Quantum computers are believed to be faster than classical superconducting computers but are likely to be limited to specific jobs and take a lot longer to realise. Many technologies, though, can be shared and moved from one platform to another.

THE RACE IS ON

China is not the only country in the race. The NSA launched a similar project in 2014. The Cryogenic Computing Complexity programme under the Office of the Director of National Intelligence has awarded contracts to research teams at IBM, Raytheon-BBN and Northrop Grumman to build a superconducting computer.

“Computers based on superconducting logic integrated with new kinds of cryogenic memory will allow expansion of current computing facilities while staying within space and energy budgets, and may enable supercomputer development beyond the exascale.”

During the initial phase of the programme, the researchers would develop the critical components for the memory and logic subsystems and plan the prototype computer. The goal was to later scale and integrate the components into a working computer and test its performance using a set of standard benchmarking programs, according to NSA.

The deadline and budget of the US programme has not been disclosed.

Back in China, Xlichip, an electronics company based in Shenzhen, a growing technology hub in the country’s south, confirmed on Tuesday that it had been awarded a contract to supply test hardware for a superconducting computer programme at CAS’s Institute of Computing Technology in Beijing.

“The client has some special requirements but we have confidence to come up with the product,” a company spokeswoman said, without elaborating.

Fan Zhongchao, researcher with CAS’s Institute of Semiconductors who reviewed the contract as part of an expert panel, said the hardware was a field-programmable gate array (FPGA), a reconfigurable chip that could be used to simulate and test the design of a large-scale, sophisticated integrated circuit.

“The overall design [of the FPGA testing phase] is close to complete,” he said.

There are signs that China is getting closer to its superconducting goal.

Last year, Chinese researchers realised mass production of computer chips with 10,000 superconducting junctions, according to the academy’s website. That compares to the more than 800,000 junctions a joint research team at Stony Brook University and MIT squeezed into a chip. But most fabrication works reported so far were in small quantities in laboratories, not scaled up for factory production.

Zheng Dongning, leader of the superconductor thin films and devices group in the National Laboratory for Superconductivity at the Institute of Physics in Beijing, said that if 10,000-junction chips could be mass produced with low defect rates, they could be used as building blocks for the construction of a superconducting computer.

Zheng said China’s determination to develop the new technology would only be strengthened by the trade war with the United States. Many Chinese companies are reliant on US computing chips and the White House’s threats in May to ban chip exports to Chinese telecommunications giant ZTE almost sent the company to the wall.

“It is increasingly difficult to get certain chips from the US this year. The change is felt by many people,” he said.

But Zheng said China should not count on the superconducting computer technology to challenge US dominance. The US and other countries such as Japan had invested many more years in this area of research than China and although their investments were smaller they were consistent, giving them a big edge in knowledge and experience.

“One billion yuan is a lot of money, but it cannot solve all the remaining problems. Some technical issues may need years to find a solution, however intensive the investment,” Zheng said.

Wei Dongyuan, a researcher at the Chinese Academy of Science and Technology for Development, a government think tank on science policies, said China should be more transparent about the programme and give the public more information about its applications.

“It can be used in weather forecasts or to simulate the explosion of new nuclear weapons. One challenge is to develop a new operating system. Software development has always been China’s soft spot,” he said.

Chen Quan, a supercomputer scientist at Shanghai Jiao Tong University, said superconducting was often mentioned in academic discussions on the development of the next generation of high-performance computers.

China was building more than one exascale computer, and “it is possible that one will be superconductive”, he said.

This article appeared in the South China Morning Post print edition as: the search for Billion-dollar brain heats up